Read more →
How to

How canary deployment is fast, powerful, and good for your users

We all know software bugs can cost your company lost users and money. According to CISQ, in 2020 alone, poor-quality software cost U.S. organizations about $2 trillion.

What can you do to avoid the risk of potential errors when creating a new feature or making changes to existing software?

One possible solution might be canary deployment, which reduces the risk of errors and allows you to implement all changes quickly. Read this article to learn what it is, how it works, and the benefits it can bring to your company. 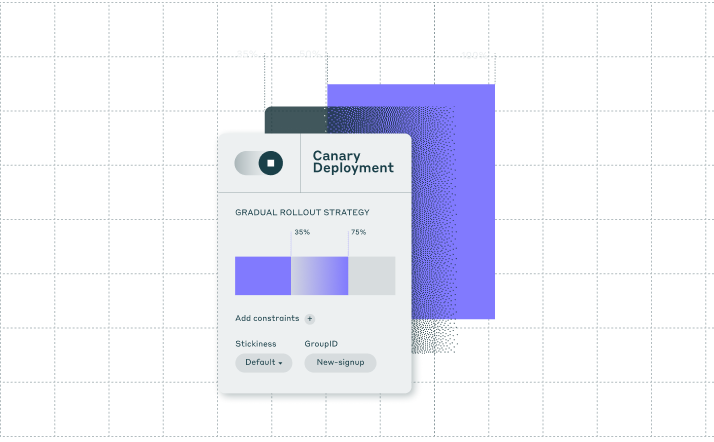 What is canary deployment?

Let’s start by explaining the meaning of canary deployment. Canary deployment (also called a canary release) is a deployment pattern based on making small, staged releases. It allows you to test new changes or features to a subset of users or servers.

The new software version is implemented gradually. For example, you could start with say, 5% of users, then move on to 10%, and so on. The development team can use this to get instant feedback from users. This can cut down on the risk of losing customers.

Canary deployment can positively impact workflow. It reduces the risk of software downtime–or possible crashes–and allows for an easy rollback of buggy changes. If errors occur during a canary deployment, the other servers will remain unaffected, and users will still be able to use your software.

Canary deployment has become pretty popular. Companies such as Google (Chrome), Mozilla, Firefox, or Netflix have taken advantage of canary deployment. It’s also a well-known strategy in the open-source world.

Canary development is recommended for companies providing cloud-based software that can be updated remotely and already has active users.

It is a common solution for companies that want fast and frequent updates and works well for both small and large distribution systems.

How does it work?

You know what canary deployment is, but what does it look like in practice? Implementing a canary deployment strategy may vary depending on the needs and specifics of a particular company. However, there are a few crucial steps for successful implementation.

If the canary instance meets expectations, it is gradually sent to more user traffic. For example, if it was initially sent to 10%, it is next sent to 20%, and so on. These numbers depend on the development team’s needs and can be set as needed.

On the other hand, if the new version contains bugs, it is simply disabled. All users are again given access to the previous version.

When should you make the shift to canary deployment?

If the software your team is working on needs frequent updates, and you often implement new features, then canary deployments can be a great solution.

On the other hand, if you see that your team’s operations are not fully effective, that each change takes you a long time, and/or you are losing users through software bugs, it might be time for a change.

With the canary release, you will reduce the stress and risk associated with each new software update. You’ll be able to test new changes and monitor how they affect system performance and user satisfaction.

What’s more, if you use a solution providing a feature management option, you can deploy features in minor versions for select groups of users.

For example, Unleash uses feature flags to separate canary deployments from canary releases. The process is pretty simple, very safe, and easy. This lets you deploy code faster and more efficiently without waiting for the entire release.

With Unleash, you can choose from a variety of canary release strategies that allow you to enable new features for everyone (standard), selected users with an identifier on the list (userID), and parameterized rollout (gradual rollout).

Unleash at its core is open source, so you have complete flexibility in how you use it in your business to best understand your users’ needs.

As you can see, a canary deployment strategy works great for many businesses. However, without the right management solution, it can also be challenging and involve some risk in many companies. This can be especially true if your team is overloaded with work and doesn’t have time for additional analysis of user behavior.

But what if we told you that there is a solution that allows you to implement new changes in small releases while reducing cost, time, and any potential risk?

Check out our open-source software that guarantees all the above-mentioned benefits and many more. What’s important is that it enables consistent behavior, that you won’t lose clients because of risky changes, and any new feature stays consistent across all users.

Try us out and see for yourself why feature management is pretty fantastic.

Best practices for integrating DevOps into your organization

How To Implement Trunk-Based Development? A Practical Guide